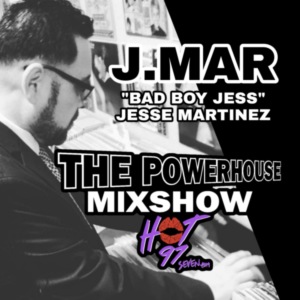 Born and raised on the mean streets of East Side San Jose, California, Jesse Martinez Jr., started his musical journey when he was 15, when he discovered a Funk, Soul, & Disco record collection belonging to his Uncle. It was at this moment that Jesse Martinez Jr. knew he wanted to be part of 'The Dance Music Scene’.

Jesse’s career in the music industry began in 1980 when he began playing for his friends, weddings, and promoting various dance music parties in and around the San Francisco Bay Area. Jesse has been instrumental in breaking both new music and genres.

This list of contributions to the Bay Area underground music scene is truly all relative to the fact of what has kept him moving forward and attached to his roots of dance music, and that fact can be summed up in one word, “passion”.

Jesse has a style that has been influenced by some of the legends of dance music, by the likes of Tony Humphries, Todd Terry, DJ EFX, Cameron Paul, and a host of others.
Jesse has co produced and co written and recorded a number of house tracks dating back as early as 1994.